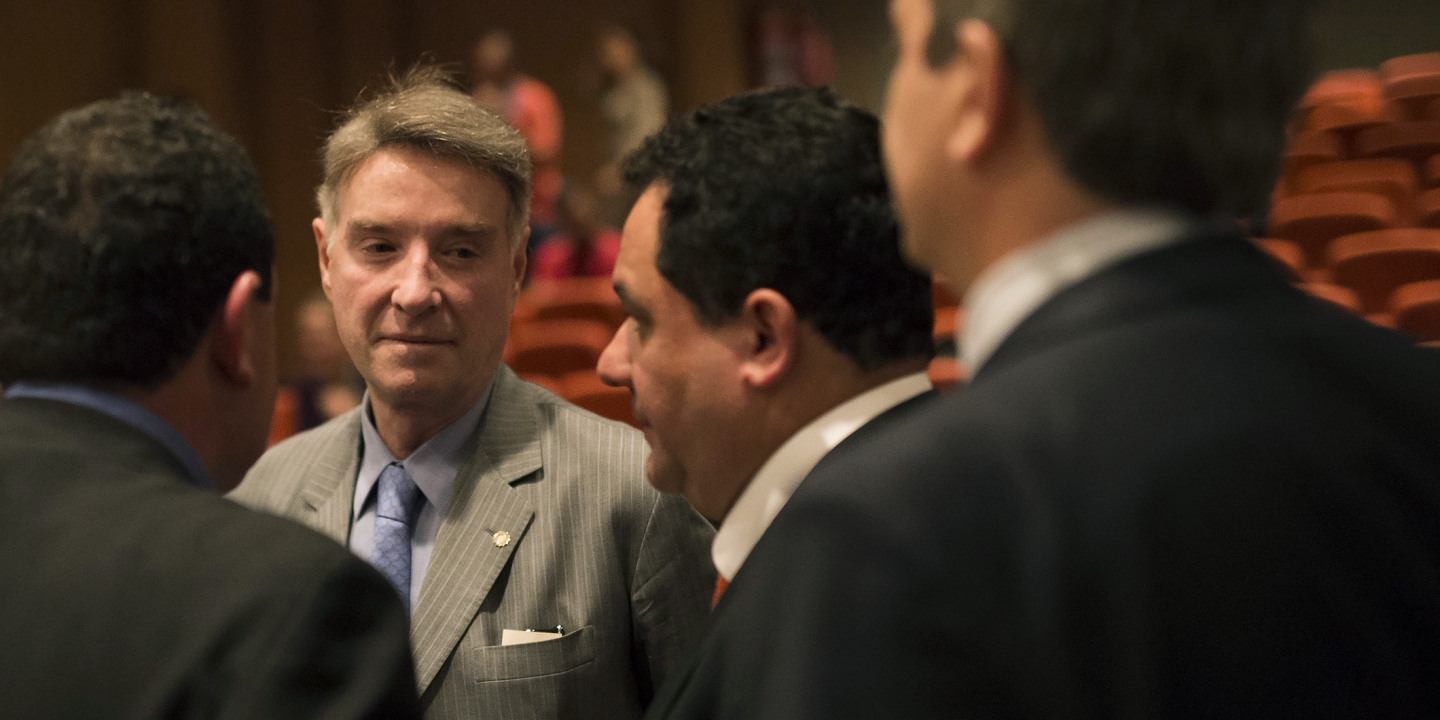 ALEX CUADROS SPENT years covering the billionaire class of Latin America for Bloomberg. A Portuguese-speaking American journalist who spent years based in Brazil, he has now written a highly entertaining and deeply insightful book about the particularly powerful, flamboyant, assertive, and often-crazed class of Brazilian billionaires. Titled Brazillionaires: Wealth, Power, Decadence, and Hope in an American Country, his new book was released yesterday. 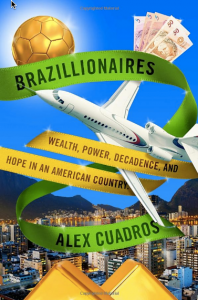 As I noted when I selected it as one of my two recommended Summer reading books, Brazillionaires contains important lessons far beyond Brazil. “It also potently illustrates how billionaires generally — in the U.S. and the Western world — have amassed extraordinary power with virtually no accountability,” I wrote. And “particularly with the political crisis engulfing Brazil, the imminent Olympics, and the struggle for the political soul of that country, Cuadros’s book is a must-read.” One of the featured billionaires is actually former billionaire Eike Batista (above, at his criminal trial for insider trading), a tycoon once named No. 7 onForbes’s list of the world’s richest people before losing virtually everything. In 2012, in an episode that captured so many of these themes, Batista’s then 18-year-old son, Thor, ran over and killed a poor 30-year-old laborer on a bicycle while driving his customized black Mercedes-Benz SLR McLaren, only to be largely absolved.I conducted an interview with Cuadros by email this week about his experience writing the book and why these topics are of great importance to people living anywhere that billionaires exert great influence.

Glenn Greenwald: Writing a book is a very difficult task, and I think people need some compelling motive to write one. What was yours with this book?

Alex Cuadros: The book came about kind of by accident. I was living in São Paulo when Bloomberg decided to create a team of journalists that would exclusively cover the world’s billionaires, and I was asked to join and cover the billionaires of Latin America. I had never really given billionaires much thought before, but at the time I was reporting on the stock market, which had gotten pretty repetitive, so it wasn’t hard to say yes.

But I surprised myself with how fascinated I became. I had moved to São Paulo in 2010, and I realized I had stumbled on a unique window on Brazil at this special moment, when the country seemed like it was about to become a world superpower any day now, and a few people were getting unbelievably rich. I also started looking into Brazil’s old dynastic wealth and discovered that a handful of families had been at the center of power for the better part of a century. I liked the idea of using these extreme, larger-than-life characters to tell the story of this country that I had totally fallen in love with. But I also realized I had stumbled onto a story — the rise of the ultra-rich — that went far beyond Brazil.

GG: I think there are many reasons why people outside Brazil will learn a great deal from reading this book. Are there lessons about how billionaires live and exert power in the modern age that you think have applicability to the political culture of the U.S. and Europe?

AC: The subtitle refers to Brazil as “an American country” because I wanted to hint that the relationship between Brazil and its billionaires is relevant to an American reader. There was something about studying this relationship in a country that’s not my own, where I don’t have nearly as much baggage, that made it easier to see how it works. But really it’s a relationship that exists in most countries today. In the end, I think that the Brazilian billionaire tradition is simply an extreme version of a natural relationship between wealth and political power.

There are some differences. In Brazil, partly because the state has always had a large presence in the economy, a lot of wealthy families owe their fortunes to personal connections to the government or even outright corruption. This clashes with the American ideal of the self-made man who gets rich thanks only to his own talent and hard work.

But, of course, if you look at the richest people and companies in the U.S., they tend to defend their fortunes by putting their money to work in the political system, swaying the rules in their favor through lobbying, campaign donations, and other less transparent contributions. Obviously there’s a difference between outright graft and legal forms of influence, but the desire and the effect are often similar: to allow the very rich to claim a larger piece of the economic pie without necessarily making the pie larger.

GG: The world’s eyes are now on Brazil because it’s the eve of the Olympics in Rio de Janeiro, and because the nation is still in the middle of an extraordinary political crisis. How do billionaires fit into that story?

AC: The Olympics are actually emblematic of the bad decisions that helped to lead Brazil to the state it’s in now. During Brazil’s boom years, while the developed world wallowed in recession, President Lula and his fellows in the Workers’ Party thought they had reinvented economics. They got cocky. And they saw these big sporting events, the World Cup and the Olympics, as good for everyone: ordinary citizens who would get better infrastructure, political allies who would get to spread around pork, and billionaire-owned construction giants who happened to be major campaign donors. In the end, though, Brazil ended up with fancy stadiums it didn’t need, even while many poor Brazilians still lack basic sanitation. Rio de Janeiro is hosting the Olympics at a time when it’s having trouble paying its doctors.

Even though the Workers’ Party framed itself as a left-wing movement, it strangely adopted these trickle-down ideas of economic development. Lula’s greatest accomplishment was undoubtedly to help lift some 30 million Brazilians from extreme poverty with the Bolsa Família welfare program. But he and his successor, Dilma Rousseff, funneled far more money into subsidies for big companies, many of them owned by billionaire campaign donors. One example is Jorge Paulo Lemann, Brazil’s richest man. He and his partners control Anheuser-Busch InBev, the world’s largest beer company, and have plenty of access to capital abroad. But under Lula and Dilma, Brazil’s state development bank lent billions to Anheuser-Busch’s Brazilian subsidiary at rates below inflation. That makes no sense.

GG: What surprised you the most after viewing this powerful billionaire class up close?

AC: It quickly became clear to me that billionaires really do live in a separate world. The most obvious quality of billionairedom is the insane luxury, and this is part of it: the private jets, the yachts, the penthouses in Manhattan and London and Ipanema. I saw some truly weird stuff, like a penthouse where one room’s walls had been entirely covered in exotic butterfly wings. In São Paulo, where the traffic is grueling, the very rich can essentially teleport to work via helicopter. There’s a consequence to all this, which is that they don’t rub shoulders much with ordinary people, beyond the staff who manage their households. In this way, they share much more in common with billionaires in other countries than with the average Brazilian.

But beyond the obvious luxury, what most surprised me was to find that billionaires aren’t really that interested in money, per se. Money for them is just a measure of their success in building empires. And yet I think greed is too simplistic an explanation for why they’re driven, almost by instinct, to keep on accumulating. Instead, they tend to convince themselves that their self-interest matches up neatly with the public interest, so that the pursuit of personal profit becomes a quest for broad progress. Otherwise, how could they live with such extreme wealth? Interviewing them, the most interesting moments for me were when I asked how they felt about being so rich in a country as poor as Brazil. Their justifications were usually pretty tortured.

GG: Can Brazil ever overcome its culture of corruption?

AC: Many Brazilians have this self-flagellating impulse to imagine their country as irredeemably corrupt. And it’s true that corruption is part of the culture here, going back to colonial days. But if you look at the 19th-century USA, our robber barons made and maintained their fortunes in ways that would be very familiar to a Brazilian today. Corruption was endemic; bribing officials was very normal, and legislators often took it upon themselves to blackmail businessmen. But because of public outrage and a healthy dose of populism in our politics, we managed to create controls that made outright corruption a lot harder to get away with.

What’s happening right now in Brazil with the Lava-Jato investigation, which has implicated top politicians from all the major parties and led to convictions for construction tycoons, is a sign that Brazil’s culture of impunity may be starting to change. The old oligarchs in Brasília wish they could derail the investigation, but so far they’ve been unsuccessful, and this is a promising sign. Of course, it’s still early to say what will happen, and Brazil’s political system needs fundamental reform for any change to last. Institutions can always backslide. In the U.S. in recent years, we’ve seen the Supreme Court peel back limits on political influence by the rich — a kind of legalized corruption.

GG: Your book isn’t being published in Brazil. Why not?

AC: In Brazil, it’s very hard to publish critical books about powerful people. Even after the Supreme Court ruled to allow unauthorized biographies, publishers with skimpy budgets are afraid of courting lawsuits by deep-pocketed subjects. In my case, few were willing to make a bid for my book. One house publishes best-selling books by one of the billionaires I profile; another is owned outright by a billionaire family I criticize at length. An independent house did end up buying the rights but ultimately canceled our contract. They had a lot of editorial concerns with the first draft, which was written with an American reader in mind. Also, they felt I was “prejudiced against entrepreneurs,” as my editor there put it. But they agreed to take a look at the final draft and possibly to work on a retooled version for the Brazilian reader.

Before I could turn it in, though, they received a message: Jorge Paulo Lemann was upset about my treatment of him. And they decided to cancel our contract without waiting to see my revision. The editor assured me that Lemann’s position had nothing to do with their decision, but he also said they were worried about a lawsuit from Brazil’s richest man, which could easily sink a little publishing house like theirs. I don’t know if the final draft would have changed their mind, but it’s troubling — and sadly, unsurprising — that a billionaire might have influenced the process somehow. It happens all over the world.

Former billionaire Eike Batista, a Brazilian tycoon once named No. 7 on Forbes’s list of the world’s richest people, talks with his lawyers during a hearing at a federal criminal court in Rio de Janeiro, Brazil, on Nov. 18, 2014. Batista went on trial in an insider trading case that could make him the first person in the country to go to prison on such charges.

This site uses Akismet to reduce spam. Learn how your comment data is processed. 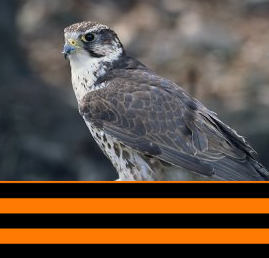 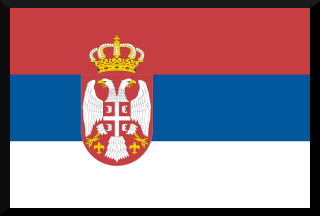